To help diagnose and treat musculoskeletal injuries, orthopaedic surgeons often recommend x-rays. If you experience an injury while you are pregnant, you may be concerned about the impact that radiation from an x-ray will have on your unborn child. Fortunately, the potential for harm to your baby is generally quite low. It has been shown that the amount of radiation received from a single diagnostic x-ray is so small that it is unlikely to pose a risk to a developing baby. 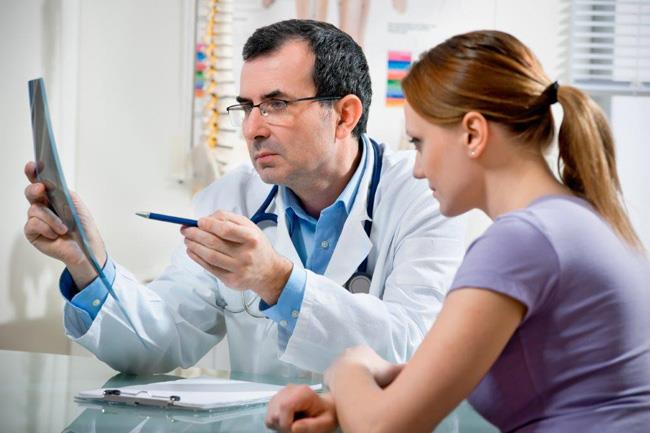 A diagnostic x-ray can provide your doctor with valuable information and poses little risk to your unborn child.

The Role of X-ray Imaging

X-rays are the most common and widely available diagnostic imaging technique. They can provide your doctor with important and potentially life-saving information about many medical conditions and are often used to detect bone fractures and dislocated joints after falls and accidents.

During an x-ray, the technician positions the part of your body being x-rayed between the x-ray machine and photographic film. You will then be asked to hold still while the machine briefly sends electromagnetic waves (radiation) through your body, exposing the film to reflect your internal structure.

Whenever possible, if you are pregnant, your doctor will consider using imaging studies that do not emit x-ray radiation to diagnose your injury or condition—such as magnetic resonance imaging (MRI) scans and ultrasound. These imaging studies are not always practical or available, however, and may not offer your doctor the same information that can be routinely obtained with an x-ray.

How Much X-ray Radiation Is Considered Safe

The amount of x-ray radiation absorbed by the body is measured in rad or its fraction, millirad. One rad is equal to 1000 millirad.

Studies show that exposing an unborn baby to more than 10 rad increases the risk of birth defects, learning disabilities, eye problems, and childhood cancers. However, most routine musculoskeletal x-rays—particularly those that are not directed to the abdomen or torso—are much weaker than this and expose the developing baby to only a small fraction of a rad.

For example, the approximate amount of radiation that an unborn baby receives from the more commonly ordered diagnostic x-rays includes:

It is very rare for a single diagnostic x-ray to exceed even 5 rad. You would have to x-ray your arm or leg more than 5,000 times in order to reach 5 rad of exposure to your unborn baby. It would take more than 50 chest x-rays to reach 5 rad.

Although there is very little risk from a single diagnostic x-ray, steps should always be taken to help minimize a developing baby's exposure to radiation. Following the guidelines below will help protect your child.

Work With Your Doctor

Do not hesitate to discuss your concerns about x-ray radiation with your doctor. Depending on your medical condition or injury, it may be acceptable to postpone an x-ray until after your child is born. Keep in mind, however, that the benefit of having the prescribed x-ray will likely outweigh any potential risk to your baby. In fact, in some cases, it might be more harmful to not have the x-ray. If your x-ray cannot be postponed, remember that any potential risk to your child is very remote.