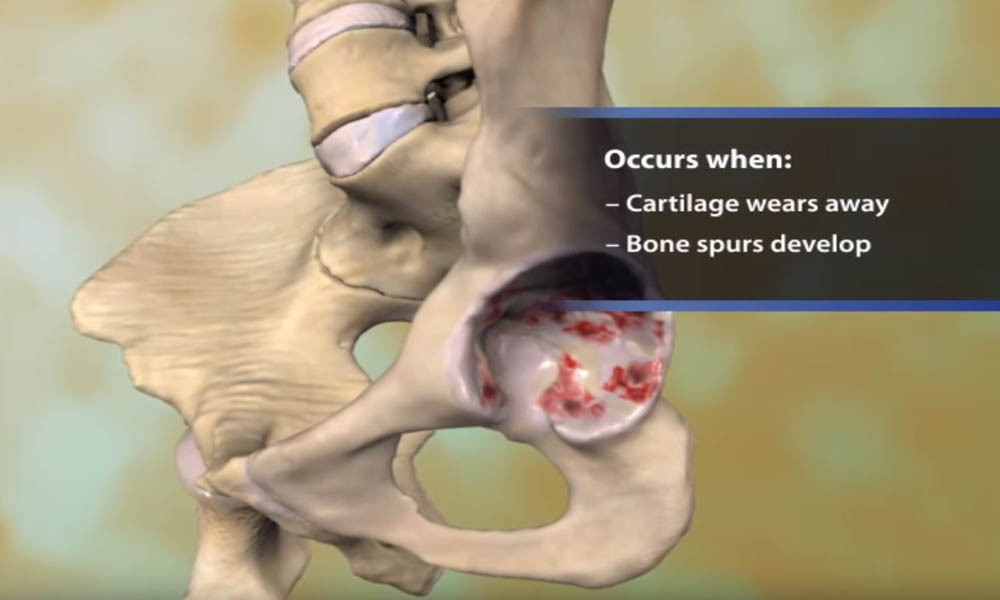 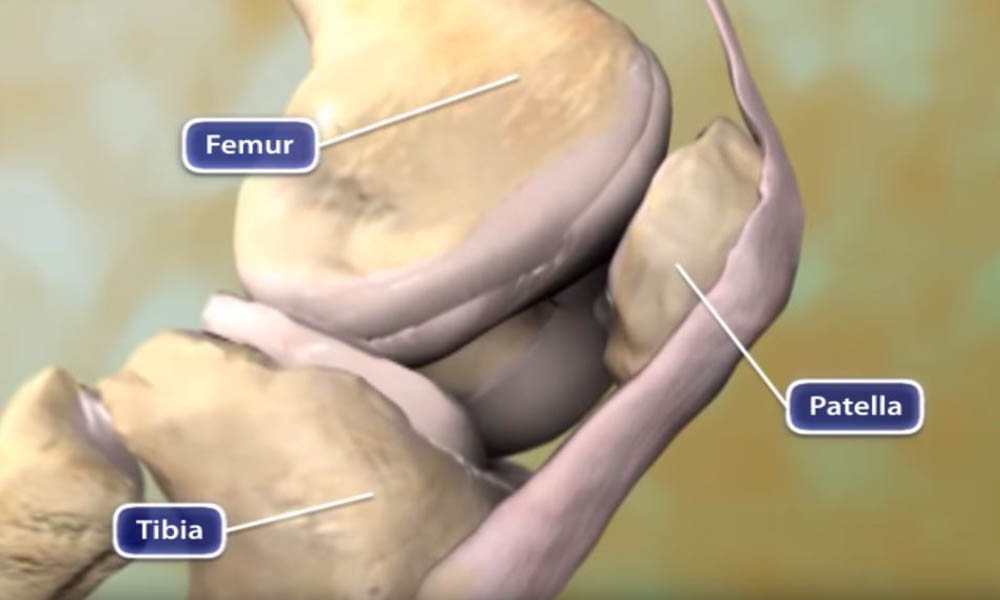 In many areas, nonessential orthopaedic procedures that were postponed due to COVID-19 have resumed. For information:  Questions and Answers for Patients Regarding Elective Surgery and COVID-19. For patients whose procedures have not yet been rescheduled:  What to Do If Your Orthopaedic Surgery Is Postponed.

Arthritis is inflammation of one or more of the body's joints that causes pain and stiffness. Although arthritis is mainly an adult disease, some forms affect children.

There are many types of arthritis. They include osteoarthritis, inflammatory arthritis, posttraumatic arthritis, and septic (infectious) arthritis.

While each of these conditions has different causes, the symptoms and treatment are often the same.

Pain, swelling, and stiffness are the primary symptoms of arthritis. Any joint in the body may be affected by the disease, but it is particularly common in weight-bearing joints such as the knee, hip, and spine.

Although there is no cure for arthritis, there are many treatment options available to help manage pain and keep people active.

Arthritis is a joint disease. A joint exists where the ends of two or more bones meet. The knee joint, for example, is formed between the bones of the lower leg (tibia and fibula) and the thighbone (femur). The hip joint is located where the top of the thighbone (femoral head) meets the cup portion  of the pelvis (acetabulum).

Cartilage. A smooth layer of cartilage covers the ends of bones in a joint. Cartilage cushions the bone and allows the joint to move easily without the friction that would occur with bone-on-bone contact.

Synovium. A joint is enclosed by a fibrous capsule that is lined with a tissue called the synovium, which produces a fluid that also helps to reduce friction and wear in a joint.

Muscles, tendons, and ligaments. Ligaments connect the bones and keep the joint stable. Muscles and tendons power the joint and enable it to move. Arthritis may be caused by wear and tear on the articular cartilage through the natural aging process (osteoarthritis), or it may develop following an injury (post-traumatic arthritis).

Inflammatory arthritis, such as rheumatoid arthritis or lupus arthritis, is the result of a systemic disease throughout the body.

Regardless of whether arthritis is caused by injury, normal wear and tear, or systemic disease, the affected joint becomes inflamed, causing swelling, pain, and stiffness. Inflammation is one of the body's normal reactions to injury or disease. In arthritic joints, however, inflammation may cause long-lasting or permanent disability when it destroys the joint's cartilge.

There are 4 major categories of arthritis:

The most common type of arthritis is osteoarthritis. Also known as wear and tear arthritis, osteoarthritis occurs when the cartilage that cushions and protects the ends of bones gradually wears away.

Osteoarthritis results from overuse, trauma, or the natural degeneration of cartilage that occurs with aging.  There is a strong genetic component to osteoarthritis, but the genetics are complex and poorly understood. There is no single known osteoarthritis gene; the condition is likely due to a combination of many genes. Scientists call this type of genetics "multifactorial."

Osteoarthritis is often more painful in joints that bear weight, such as the knee, hip, and spine. However, joints that are used extensively in work or sports, or joints that have been damaged by injury may also show signs of osteoarthritis.

In many cases, bone growths called spurs develop at the edges of osteoarthritic joints. The bone can become harder (sclerosis). The joint becomes inflamed, causing pain and swelling. Continued use of the joint is painful. Osteoarthritis often results in bone rubbing on bone. Bone spurs are a common feature of this form of arthritis.

Rheumatoid arthritis may affect both large and small joints in the body and also the spine. Swelling, pain, and stiffness usually develop, even when the joint is not used. In some circumstances, juvenile arthritis may cause similar symptoms in children.

Psoriatic arthritis is associated with the skin disease psoriasis. While it may involve larger joints such as the knees it often presents with symptoms in smaller areas such as the distal joints at the tips of the fingers and toes.

Gouty arthritis develops as the result of uric acid buildup in the bloodstream. The uric acid forms crystals that cause acute inflammation in a joint. The big toe, ankle, knee, and elbow are the most common joints affected. A gout attack can be acutely painful and may look like an infection (septic arthritis). The inflamed joint becomes red and very sensitive to touch. Gout attacks are most often treated with medication rather than surgery. Long term, many patients develop soft tissue masses (tophi) over the affected joints.

In pseudogout, calcium pyrophosphate crystals depost in the joint and cause similar inflammation as the uric acid crystals of gout. Left untreated, the inflammation caused by these crystals may lead to breakdown of the cartilage of the joint.

Spondylytic arthritis mostly affects the spine. The most common form is ankylosing spondylitis. It often presents as low back pain with initial changes seen at the sacroiliac joints in the pelvis. A doctor can confirm this diagnosis with a positive blood test, HLA-B27.

Lupus is an autoimmune disease that affects the blood and multiple organs, including the kidneys, skin, and heart. Lupus arthritis can be systemic and cause chronic pain in multiple joints.

Juvenile arthritis is the most common type of arthritis in children. It is estimated that more than 250,000 children under the age of 16 in the United States are affected. There are several types of the disease and most are different from rheumatoid arthritis in adults.

The above is not an exhaustive list. There are many more less common causes of inflammatory arthritis.

Posttraumatic arthritis results from an injury to the joint due to trauma. If a broken bone or fracture extends into a joint it will damage the smooth cartilage that covers the joint's surface. The surface becomes uneven and causes friction as the joint moves. Over time, the joint breaks down and becomes arthritic.

Septic arthritis is an infection of the joint. Bacteria most often reach the joint through the bloodstream from an infection in another part of the body, such as the urinary tract. Infected joints are typically warm, red, and acutely tender. They are often swollen due to pus in the joint. An infected joint often needs surgical drainage in addition to antibiotic treatment.

Arthritis is diagnosed through a careful evaluation of symptoms and a physical examination. X-rays are important to show the extent of any damage to the joint. Occasionally, advanced imaging such as magnetic resonance imaging (MRI) is used to diagnose arthritis. Blood tests and other laboratory tests may help to determine the type of arthritis. Fluid from the joint must be analyzed to diagnose crystalline or septic arthritis. (Left) In this X-ray of a normal hip, the space between the ball and socket indicates healthy cartilage. (Right) This X-ray of an arthritic hip shows severe loss of joint space.

Some of the findings of arthritis include:

There is no cure for arthritis, but there are many treatments to help relieve the pain and disability that it can cause.  Treatment depends on the type of arthritis.

In general, an orthopaedic surgeon may perform surgery for arthritis when nonsurgical treatment have failed to relieve pain and other symptoms. When deciding on the type of surgery, the physician and patient will take into account the type of arthritis, its severity, and the patient's physical condition. (Left) In hip osteoarthritis, the smooth articular cartilage wears away and becomes frayed and rough. (Right) In total hip replacement, both the head of the femur and the socket are replaced with an artificial device.

In most cases, people with arthritis can continue to perform normal activities of daily living. Exercise programs, anti-inflammatory drugs, and weight reduction for obese people are common measures to reduce pain, stiffness, and improve function.

Some types of arthritis, such as rheumatoid arthritis, are often treated by a team of health care professionals. These professionals may include rheumatologists, physical and occupational therapists, social workers, rehabilitation specialists, and orthopaedic surgeons.

At present, most types of arthritis cannot be cured. Researchers continue to make progress in identifying the underlying causes for the major types of arthritis. In the meantime, orthopaedic surgeons, working with other physicians and scientists, have developed many effective treatments for arthritis.