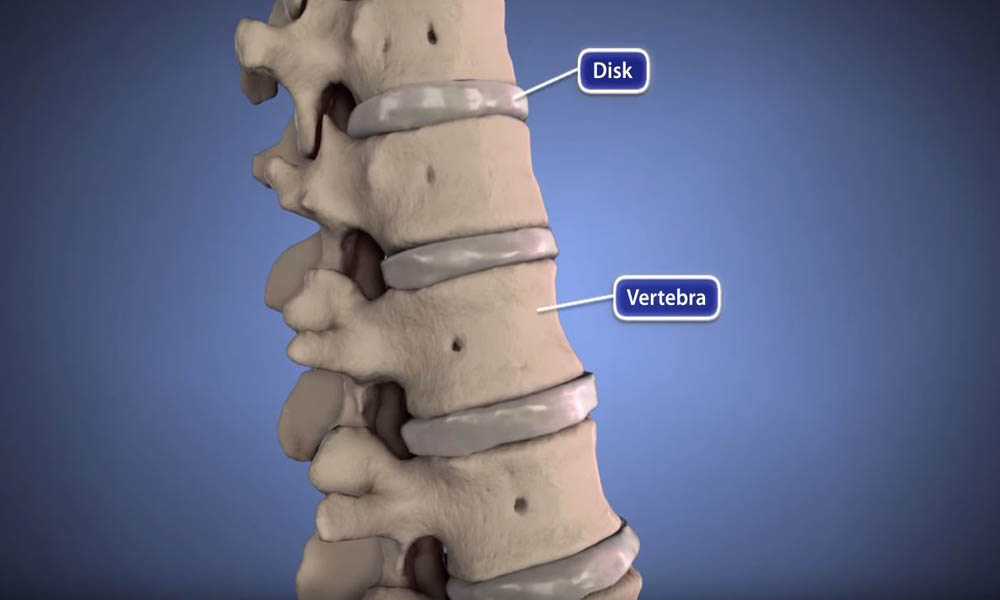 Please be aware that, due to the COVID-19 pandemic, many hospitals and health systems are asking patients to delay their elective orthopaedic procedures. For more information: What to Do If Your Orthopaedic Surgery Is Postponed.

Cervical spondylotic myelopathy (CSM) is a neck condition that arises when the spinal cord becomes compressed — or squeezed — due to the wear-and-tear changes that occur in the spine as we age. Although the condition commonly occurs in patients over the age of 40, it can occur in younger people who were born with narrower spinal canals.

Your spine is made up of 24 bones, called vertebrae, that are stacked on top of one another.

The seven small vertebrae that begin at the base of the skull and form the neck comprise the cervical spine.

Other parts of your spine include:

Spinal cord and nerves. The spinal cord extends from the skull to your lower back and travels through the middle part of each stacked vertebra, called the central canal. Nerve roots branch out from the spinal cord through openings in the vertebrae and carry messages between the brain and muscles.

Intervertebral disks are flat and round and about a half inch thick. They are made up of two components:

Bone spurs. As the disks in the spine age, they lose height and begin to bulge. They also lose water content, begin to dry out, and become stiffer. This problem causes settling, or collapse, of the disk spaces and loss of disk space height.

As the disks lose height, the vertebrae move closer together. The body responds to the collapsed disk by forming more bone — called bone spurs — around the disk to strengthen it. These bone spurs contribute to the stiffening of the spine. They may also make the spinal canal narrow — compressing or squeezing the spinal cord.

(Left) Side view of a healthy cervical vertebra and disk. (Right) A disk that has degenerated and collapsed, and bone spurts have formed.

Herniated disk. A disk herniates when its jelly-like center (nucleus pulposus) pushes against its outer ring (annulus fibrosus). If the disk is very worn or injured, the nucleus may squeeze all the way through. When a herniated disk bulges out toward the spinal canal, it can put pressure on the spinal cord or nerve roots.

As disks deteriorate with age, they become more prone to herniation. A herniated disk often occurs with lifting, pulling, bending, or twisting movements.

(Left) Cross-section view and (right) side view of a herniated disk.

Other Causes of Myelopathy

Myelopathy can also arise from other conditions that cause spinal cord compression. Although these conditions are not related to disk degeneration, they may result in the same symptoms as CSM.

As the synovium swells, it may lead to pain and stiffness and, in severe cases, destruction of the facet joints in the cervical spine. When this occurs, the upper vertebra may slide forward on top of the lower vertebra, reducing the amount of space available for the spinal cord.

Injury. An injury to the neck — such as from a car accident, sports, or a fall — may also lead to myelopathy.

Typically, the symptoms of CSM develop slowly and progress steadily over several years. In some patients, however, the condition may worsen more rapidly. Regardless of the pace, CSM will predictably progress over time.

Patients with CSM may experience a combination of the following symptoms:

After discussing your medical history and general health, your doctor will ask you about your symptoms. They will conduct a thorough examination of your neck, shoulders, arms, hands, and legs, looking for:

X-rays. X-rays provide images of dense structures, such as bone. An X-ray will show the alignment of the vertebrae in your neck.

Magnetic resonance imaging (MRI) scans. MRI scans create images of the body's soft tissues. An MRI scan can show spinal cord compression and help determine whether your symptoms are caused by damage to soft tissues — such as a bulging or herniated disk. Computed tomography (CT) scans. More detailed than a plain X-ray, a CT scan can show narrowing of the spinal canal and can help your doctor determine whether you have developed bone spurs in your cervical spine. This CT scan shows bone spurs that have led to narrowing of the spinal canal (arrows).

Myelogram. A myelogram is a special type of CT scan. In this procedure, a contrast dye is injected into the spinal column to make the spinal cord and nerve roots show up more clearly.

Soft cervical collar. This is a padded ring that wraps around the neck and is held in place with velcro. Your doctor may advise you to wear a soft cervical collar to allow the muscles of the neck to rest and limit neck motion. A soft collar should only be worn for a short period of time since long-term wear may decrease the strength of the muscles in your neck.

Physical therapy. Specific exercises can help relieve pain, strengthen neck muscles, and increase flexibility. Physical therapy can also help you maintain strength and endurance so that you are better able to perform your daily activities. In some cases, traction can be used to gently stretch the joints and muscles of the neck.

Medications. In some cases, medications can help improve your symptoms.

Although people sometimes turn to chiropractic manipulation for neck and back pain, manipulation should never be used for spinal cord compression.

CSM is generally a surgical condition. Your doctor will help you decide if surgery is the right treatment for you.

There are several procedures that can be performed to help relieve pressure on the spinal cord. The procedure your doctor recommends will depend on many factors, including which symptoms you are experiencing and the levels of the spinal cord that are involved.